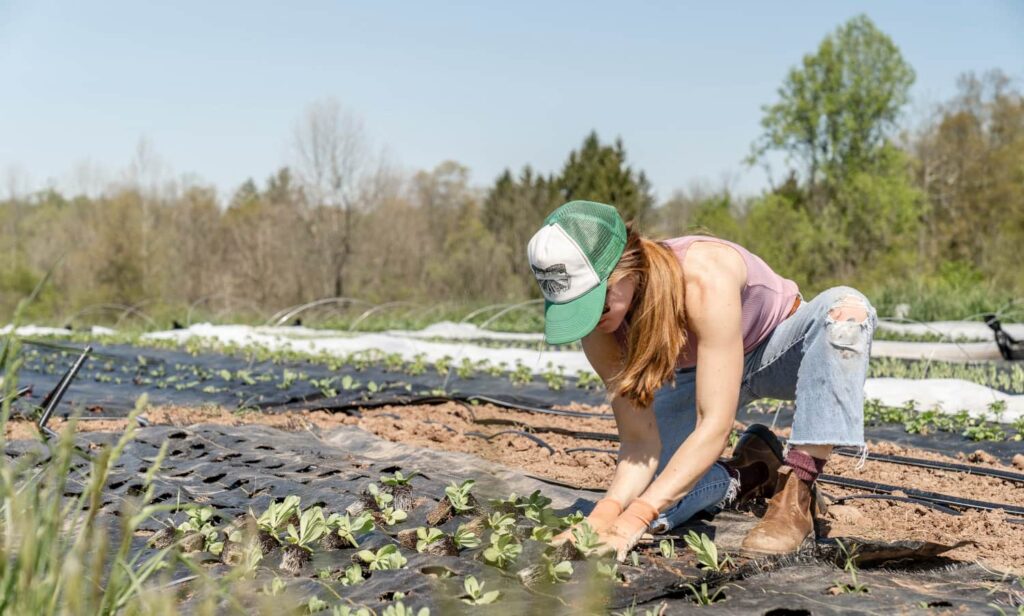 Around the world, young people are demanding and creating change in their own communities and beyond. Movements such as March for Our Lives and the School Strike for Climate are amplifying the voices of young people and their vision for the future.

According to the United Nations, there are 1.8 billion people between the ages of 10 and 24 globally — the largest youth population ever. International Youth Day was created to celebrate the achievements of young people and to bring awareness to the unique challenges and problems faced by youth around the world.

Among these leaders is Haile Thomas, a 19-year-old activist, motivational speaker, and the youngest Certified Integrative Health Coach in America. Her new book, Living Lively, published July 28, features 80 plant-based recipes along with her “7 points of power” manifesto to inspire the next generation of leaders to take care of their health and each other.

To celebrate, Food Tank has put together a list of 18 youth who are making a positive impact in the global food system. These activists, entrepreneurs, students, and authors are demonstrating that young people are working to bring change to global food issues.

The MEANS (Matching Excess and Need for Stability) database, created by Maria Rose Belding and Grant Nelson, operates under the belief that it should be easy for those with excess food to share it with those in need. Working in 49 states, the MEANS database helps people and organizations donate excess food to food banks, food pantries, soup kitchens, shelters and more. The organization’s team is almost entirely composed of youth working to change the current food system for the better.

Neil Deshmukh spent his childhood summers in Maharashtra, India with his grandparents. There, Deshmukh noticed that farmers were spraying their fields with multiple pesticides because they could not identify the specific pest or disease attacking their crops. Deshmukh created Plantum AI, a mobile app that allows farmers to upload pictures of their crops, discover treatment options, and access other resources on crop management. Plantum AI has helped over 8,500 farmers in 23 villages care for and protect their fields from pests and diseases.

Edisona Franca, a 23-year-old agriculture student, is working for the Network of Organizations for Rural Development of Kosovo (NORDK). As part of NORDK, Franca is involved with multiple projects focused on gender equality and COVID-19’s affect on agriculture. Her work with NORDK combined with her own rural upbringing has inspired her to advocate for rural communities throughout Kosovo.

Sophie Healy-Thow was 15 when her team won the 2014 Google Science Prize for their project on how to make faster-growing crops. Today, Healy-Thow is a member of the Scaling Up Nutrition Lead Group and has traveled the world speaking on food security, hunger, and other issues. She is particularly focused on bringing awareness to the links between nutrition and climate.

At 19, Mary-Pat Hector became the youngest woman and person of color to run for public office in the state of Georgia, losing by a mere 22 votes. After graduating from Spelman College, Hector began working as the National Youth Director for National Action Network, one of the country’s largest Civil Rights organizations. Through this position Hector has organized hunger strikes that have gained over 75,000 meals for students at Historically Black Colleges and Universities.

The Eden Horticultural Hub, founded by 21-year-old Jefferson Kang’acha, is an organization that uses hydroponics to grow tomatoes and distribute them to Kenyans in need. Hydroponics is a subset of horticulture that uses a water-based nutrient solution rather than soil to grow plants. In its first few months, The Eden Horticultural Hub provided 2.5 tons of tomatoes to local households, hospitals, and schools.

After losing her father to suicide, Kiranjit Kaur set up the Kisan Mazdoor Khudkushi Peedit Parivar Committee, an organization dedicated to supporting the families of suicide victims in Punjab, India. Punjab is a prominent agricultural region in India, but a decrease in land productivity and increases in debt have led to a farmer suicide crisis in the. Kaur and her group of volunteers help widows access funds through government schemes and advocate for increased mental health services for farmers and suicide victims.

Webster McKombe is a nutrition activist and law student in Harare, Zimbabwe focused on making nutrition a top priority for policymakers around the world. He also works locally, providing community workshops in Zimbabwe that inform people about stunting and other consequences of malnutrition. Through his work, McKombe hopes to ensure people not only have enough food, but that they are receiving enough nutrients to thrive and grow as well.

Anh Ngo founded her non-profit, Food Story at age 17. The organization provides education, vocational training and sustainable employment to youth living in the mountainous communities of Vietnam. Food Story’s vocational training focuses on jobs in the hospitality and culinary industries, due to the region’s strong tourism industry.

Since she was 11 years old Rachel Parent has been passionate about knowing what’s in her food. This drove Parent to create the non-profit, Kids Right to Know, which educates youth on what is in their food. Along with Kids Right to Know, Parent serves as the Youth Director of Regeneration International, is the founder of gen-earth.org, and is a sought-after public speaker.

German-born Lena Palm was 20 years old when she founded Wadadee Cares, a non-profit dedicated to providing children in Namibia food, education, and other basic needs. Now based Katutura, a former township in Namibia, Palm and Wadadee Cares have set up pre-schools, children’s homes, soup kitchens, and other initiatives with the help of local partners. Wadadee Cares is currently helping Namibian children and families affected by COVID-19 through multiple initiatives, including mask distribution and food assistance.

Having grown up on a 300 cow dairy farm, Craig Piggott has always been passionate about agricultural issues. In 2016, Piggott, then 22, started working on Halter, a solar-powered collar that would help farmers better track cows’ behavior and health. The collar also includes GPS technology that, combined with sounds and vibrations, can encourage cows to self-herd and allow both the farmer and the cattle more freedom on the farm.

Maycon Santos is the founder of SobreViver, a mobile app that connects Brazilian farmers with local schools in need of food. Santos created the app at the 2019 Bayer Youth Ag Summit, which he later won. Since the Youth Ag Summit, Santos has become an advocate for diversity in agriculture. He is currently studying at Tufts University and is working to increase composting efforts on his campus along with his mobile app projects.

X-Agriculture, founded by Amine Soufaih, is working to address the devastating effects of climate change on Moroccan families and communities. Soufaih and X-Agriculture work to bring technological solutions to agricultural issues. Their main product is AutoRig, a small sprinkler that adjusts its water flow depending on the temperature, humidity, and soil moisture using motion sensors and weather forecast data.

In 2015, Hasham Tanveer and his family experienced a severe water shortage caused by drought. After learning that droughts were causing devastation throughout Pakistan, Tanveer became determined to address food and water security. Along with a polymer chemist, Tanveer developed Solvify, a super absorbent particle that retains up to 1000 times its own weight. Solvify is made from non-hazardous and biodegradable materials and, when added to soil, can reduce the need for water by 70 percent and fertilizer by 50 percent.

At just 12 years old Haile Thomas founded HAPPY (Healthy, Active, Positive, Purposeful, Youth), a non-profit dedicated to empowering youth through holistic education. When she was 16 she became the youngest ever Certified Integrative Nutrition Health Coach. Today, Thomas is a motivational speaker, wellness and compassion activist, and a vegan food and lifestyle content creator. Through her programs and speaking engagements Thomas encourages youth to prioritize self care and healthy eating. Her book, Living Lively, debuted July 28.

Joshua Williams has been fighting hunger since he was 4 years old and learned that kids in his South Florida community were going hungry. He founded his own non-profit, Joshua’s Heart, to fight hunger and poverty through community service. Since 2005 Joshua’s Heart has provided 2.2 million pounds of food assistance around the world and raised over US$1 million in food aid.

PrevPreviousPlanet. People. Prosperity.
NextStarted off with just $20, Joshua’s Heart Foundation has since donated more than 2.2 million pounds of foodNext 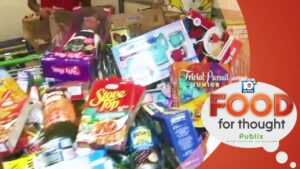 Local 10, Publix teaming up for Food For Thought 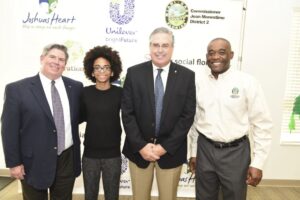