Joshua Williams leaned over his half-eaten cheeseburger to explain what it’s like to be a teenager with 10 years of experience running a nonprofit to feed the hungry. “I’ve learned so much,” he said, his eyes peering out from behind rectangular frames underneath a big helmet of dark hair. “This has changed my life and my view of the world.”

The 14-year-old Miami Beach native was having a typical teen’s Friday night meal at a local Shake Shack, but the Ransom Everglades freshman has had anything but a typical life. For nearly 10 years he has led Joshua’s Heart Foundation, which he started at 4 1/2 years old to distribute food to families in need.

His work has recently garnered him national recognition. Toy company Hasbro and youth service organization generationOn has named Williams one of 10 community action heroes across the country. Willliams is receiving a $1,000 educational scholarship and a $500 grant for his nonprofit of choice — Joshua’s Heart Foundation, of course.

In a news release, Hasbro President and CEO Brian Goldner recognized the efforts of the 10 honorees, whose contributions ranged from founding an organization that has raised environmental awareness at more than 300 schools to selling craft kits that benefit women in Rwanda and Chile.

“The difference these amazing young people have already made underscores our belief that everyone, regardless of age, can make their mark on the world,” he said.

Williams’ inspiration for the foundation came more than a decade ago when his grandmother gave him $20 on a Sunday morning.

That money could have bought him a movie ticket, candy or baseball cards. Instead, Williams gave it away to someone he felt needed it more. From the backseat of the car on the way to church, he was stirred by the sight of a man asking for money at a red light. His mom explained that the man held a sign saying he had lost his job and he needed food and money. Moved, Joshua rolled down the window and handed the man money.

The moment stayed with Williams long past that Sunday. When he later saw a television commercial soliciting help for hungry children abroad, he ran to his mother in tears.

“I wanted to do something. I really didn’t know what, but I wanted to help,” he said.

Soon after, with the help of his mother, Claudia, he started the foundation with a mission to “stomp out hunger.” The organization has distributed hundreds of thousands of pounds of food to needy families throughout South Florida, and the group has grown to more than 2,200 volunteers and 51 board members. Williams works with family and friends, including buddies from school, to lead the foundation.

Macarena Bianchi, 41, first met Williams when she helped coordinate the partnership between Whole Foods and Joshua’s Heart. Inspired by Williams’ work, she’s remained involved with the foundation and watched the organization’s mission evolve.

Indeed, the foundation’s distributions have incorporated healthier foods over time, and some events include healthy cooking demonstrations for families.

Williams rubbed elbows with other Hasbro honorees from across the country at an event for them in Los Angeles in mid-April, where he said they bounced ideas off each other about how to solve far-reaching problems involving hunger, literacy, environmental issues and more.

“We talked a lot about the root causes of these problems,” Williams said.

The foundation’s next big project is to organize a leadership summit for young people so other ambitious kids can learn how to realize their big ideas.

Meanwhile, Williams still tries to be a kid amid his busy schedule. He’s interested in computer science and wishes to pursue the field in college. He likes to play soccer, sail, hang out with friends and read books — most recently, Cormac McCarthy’s The Road, which he said was a different type of writing style than what he usually reads.

Blushing slightly as he sat next to his mother at Shake Shack, he also revealed a new interest.

“I guess you could say I’m into girls now, too,” he said with a smile. 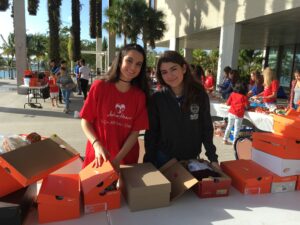 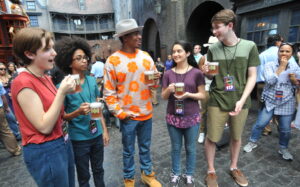 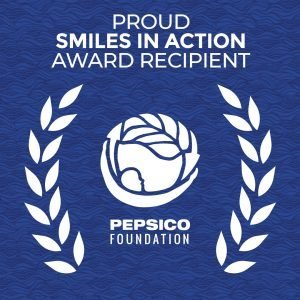