Joshua Williams is so not your typical teenager.

The 14-year-old doesn’t spend his idle time texting, playing video games or hanging out at the mall. The Miami resident feels the need to help others and has since the ripe age of 4 when he first saw a homeless person on the side of the road. With his family’s help the Joshua’s Heart (JH) Foundation was eventually born, distributing food to the needy on the streets of Miami. To date, the organization has helped over 50,000 people nationwide and raised $420,000 for the cause and serving over 300,000 pounds of food in South Florida alone.

Once Josh started speaking across the country about his foundation, Hollywood took notice — the California kind. The Ransom Everglades student, who was named as a CNN Hero in the Young Wonder category last year, will be honored Tuesday during Nickelodeon’s HALO awards hosted by Nick Cannon.

A concert during the 7 p.m. broadcast, filmed in Orlando earlier this month,  will feature a special appearance by Justin Bieber, along with performances by Fifth Harmony, DNCE with Joe Jonas, Tori Kelly and Flo Rida.

Your family must be so proud of your accomplishments.

I think they are. They are supportive and encourage me to think outside of the box, and not settle for the norm. They can’t wait to see what I am going to do in the future, and I can’t either. Maybe find a cure for cancer.

What are your plans as far as continuing your education?

I love California and have set my goal to attend a college like Stanford, UC Berkeley, USC, Caltech, or UCLA. I’m still open to other colleges like MIT, Harvard, Princeton or other good schools around the nation.

I first met at Universal Studios in Orlando before taping. He surprised me and the other honorees, and personally took us around the park. He gave us a cool V.I.P experience. He is a very chill guy, but at the same time is brimming with fun and energy. It was a pleasure to meet him. The whole experience was amazing.

Can you explain the HALO Awards?

The ceremony is a great event that helps teach kids that they can make a difference no matter how small or big in their community. HALO stands for Helping And Leading Others, and it also brings awareness about issues that the other honorees and I are trying to combat. We came up with our own HALO handshake, which I hope they will always use.

What has been the most surreal moment of your short life so far?

That I was able to co-host a major TV award show announcing international singers. How cool is that!? Hosting was really fun, and I would love to do it again. If Nick ever needs a fill-in, I’m in!

What was it like rubbing elbow with music stars?

I’m a huge fan of all the performers. They are all talented artists who are making amazing music and inspiring kids all around the world. But I can relate to Flo Rida and Camila Cabello of Fifth Harmony as they both are from Miami. I also learned a lot about Justin Bieber’s humanitarian side. I had no idea he was so involved in the community and now I look at him completely differently.

What else do you want readers to know about you?

My message is: Make a change in the world whether it’s big or small, just make a change. I’m starting a new company that is focused around hip, urban streetwear clothing. Look out, world!

Advice from a 15-Year Old Nonprofit-Preneur 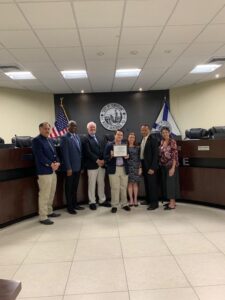 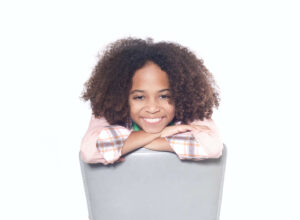 I Have A Dream: Nfresh.org 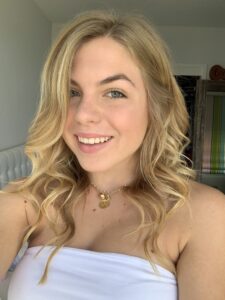 Advocacy is necessary by Chiara Kusmierek