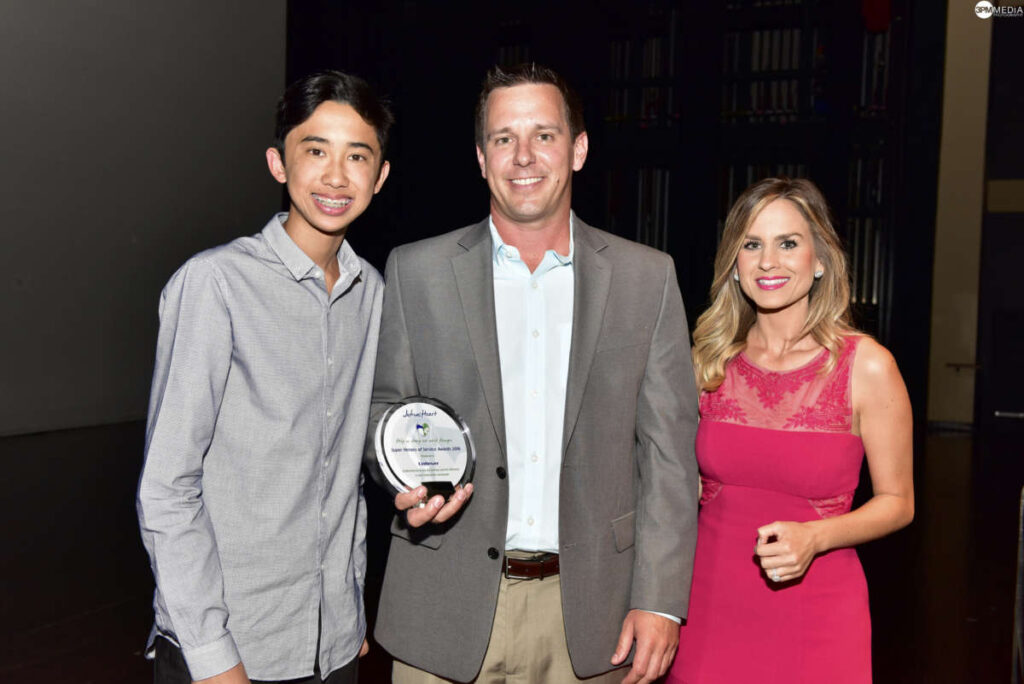 A couple Saturdays ago, on April 9th, I went to the Superheroes of Service Awards – 10 Year Anniversary gala for Joshua’s Heart Foundation (JHF) held at Ransom Everglades School and organized and co-chaired by Junior Advisory Board (JAB) Secretary, Ceci Sosa and her mom, Cecilia.   It was an awards ceremony to recognize everyone who has helped Joshua’s Heart since its founding 10 years ago. The honorees consisted of organizations and families who have helped and followed Joshua’s story from the beginning – from consistently featuring Joshua’s Heart in the media to donating goods and services and most importantly, tirelessly volunteering to accomplish JHF’s mission. Going into the event, I wasn’t sure what to expect. I was half expecting for it to be a regular and somewhat boring awards ceremony.  What I saw when I arrived with my parents was quite the contrary. It was a party and a celebration – there was a red (actually green) carpet, photo booth, and food set up in a tent with different vendors sampling their food.  There was music with people dancing near the speakers, there were even mimes and people on stilts walking around and livening up the guests. It felt like I had just walked into a festival. After greeting everyone, taking lots of pictures and eating, we went inside of the auditorium for the awards ceremony.

The awards ceremony was hosted by Lorena Estrada, a news anchor for WSVN, a South Florida news station.  The awards started with a “Russian Dance” performance by students of the Vladimir Issaev School of Classical Ballet.  This act really stood out to me because I had never seen “Russian Dance” before.  It was different and thought that it kept the guests engaged. We then saw a video clip of Josh which told the story of how he founded Joshua’s Heart.  It also showed Joshua’s Heart accomplishments in the past 10 years and how far the foundation has come.  Joshua then came up on stage to thank everyone for coming and then led the prayer.  The presentation of awards then started.  Each JAB member, including me, went up on stage and presented the award for each honoree. The first set of honorees included Ransom Everglades, WPLG Local 10, Unilever, Whole Foods, DJ Irie and many others.  In between the groups of awards, there was a performance by a talented young singer, Priscila Marie Vergel, who sang three songs. Awards were then presented to the next set of honorees which included many families who have supported Joshua’s Heart for 10 years as well as organizations such as Publix, The Miami Foundation and Sodexo.  There was a final performance by Anielya Wells Miller and Kerry Ann McLean who sang “Go Light Your World” beautifully.

Mrs. Cecilia Sosa then delivered the closing words and presented what I thought was the most important recognition of the night and it was for Josh’s mom, Claudia McLean, for her love and support for Joshua and being the most important person behind the scenes of Joshua’s Heart.  I believe that without her, Joshua’s Heart and all its success would not be possible and for this she got a most deserving standing ovation.

The major takeaway I had from this successful event was a realization of how far Joshua’s Heart has come after 10 years because so many organizations –big and small and families support it and believe in the foundation’s mission. Another takeaway, which is consistent from each JHF event I attend, is the reaffirmation of the idea that you are never too young to make a difference. This night was also a celebration for all the kids who are part of Joshua’s Heart because, despite their age, they are true superheroes of service.  I am truly honored and fortunate to be part of such an organization. 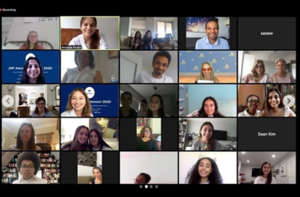 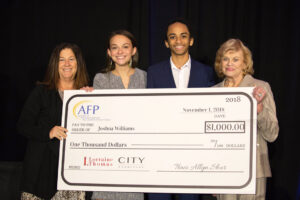 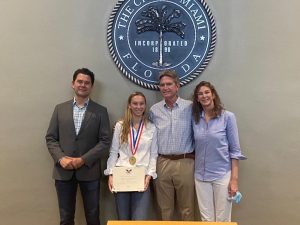 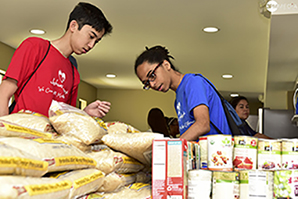