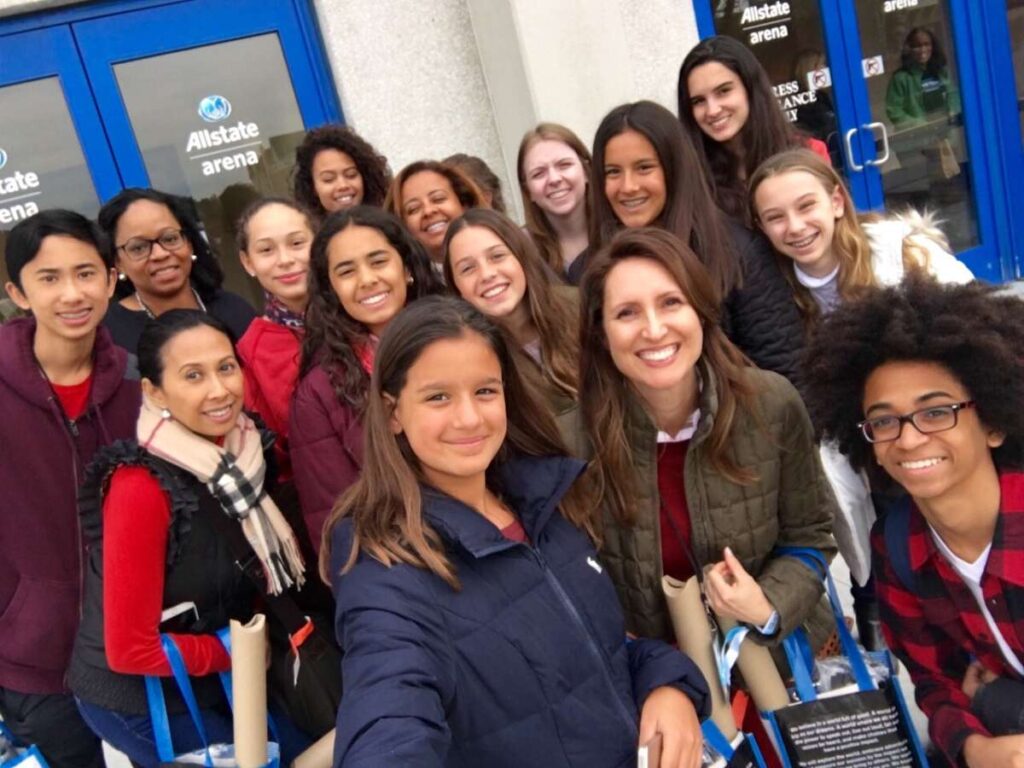 WE Day Illinois was a great experience, filled with fun, performances, and, most importantly, it was a grand celebration for students making a difference. Before I talk about my personal experience at WE Day, it is important to know about the history of the event. WE Day was started in 2007 by Marc and Craig Kielburger. It is a day filled with inspirational speakers, singers, and dancers, and, in essence, celebrates, teaches and inspires the students that it hosts. The only requirement for admission to WE Day is that students do one act of charity locally and one internationally. WE Day is not a small scale project – it is a stadium sized event held in fourteen cities in three different countries, and brings together world-renowned speakers and performers with tens and thousands of youth to celebrate the power of service.  When I heard about this event from Joshua, I thought it was the best idea ever – it encourages thousands of kids a year to make a difference in the world and, as a reward, it allows them to see their favorite celebrities, and be encouraged and inspired to do even more work in their communities. The WE Day Illinois lineup of performers and speakers included Ciara, Martin Luther King III, Jordan Smith, Paula Abdul, Nico & Vinz, J.R. Martinez, Monique Coleman, Becca Tobin, and our very own Joshua Williams. When Josh told me I was going to go to this event to accompany him for his speech, I was psyched – I couldn’t wait to see the speakers and performances and be part of the 15,000 service minded students expected to attend the event.

I, along with my mom (who was a chaperone for this trip) and a group of other JAB members flew to Chicago the day before the WE Day Illinois concert. We arrived in Chicago, and checked into our hotel. After we settled in, we went to eat at Giordano’s Pizza, a pizzeria near the hotel, and Josh and his mom, Claudia, met us there. The pizza was great – we got to try Chicago’s specialty, deep dish pizzas. I was so stuffed by the end of dinner, that as soon as I touched my bed when I got back to the hotel, I immediately fell asleep. Filled with almost as much optimism as pizza, I was ready for the next day.

When we arrived to the event at the Allstate Arena, we checked in, got our special passes, and sat down in our section.  The concert started and the Kielburger brothers came out. They spoke about the great work all the students have done to make a difference in their communities, particularly in Illinois, and that today was the day to celebrate “We”. After this opening speech, Josh came to where I was sitting, and gave me a backstage pass so that I could go backstage with him and get a chance to meet the speakers and performers. We got to meet speakers such as Berto Aguayo, who left the gang life and became a hardworking college student and activist, and Adrianne Haslet – Davis, a dancer who lost her leg in the Boston Marathon bombing, but who overcame her disability, and danced at the finish line of the Boston Marathon two years later then ran the marathon again this year and finished after eleven hours.  Later, we also got to listen to Nico and Vinz who sang their hit song “Am I Wrong” and got the audience energized and on their feet dancing.  I got to meet the speakers and performers while eating lunch with them. It was like seeing someone on your TV, and then right after talking to them about what they said – the only word to describe it was “awesome”.

Josh came on stage after lunch and spoke about founding Joshua’s Heart.  After Josh spoke on stage (he was good enough to rival all the other speakers, in my opinion) we got busy backstage as Josh gave interviews, spoke to the sponsors, and mentored the kids among other things. I met more important people, such as one of the Kielburger brothers, Marc, and Alex Gourlay, President of Walgreens, who is a big supporter of WE Day.  After the explosive finale by Grammy nominated singer-songwriter Ciara, who had several bouncers backstage surrounding her, we went back to the hotel to hang out in the lobby until it was time to go the airport.  We ate and talked about how great the concert was and how fun it would be to have a WE Day in Miami – something that perhaps we could work on in the future. Coincidentally, we got to see some of the hosts of WE Day who were also staying at the hotel, providing a perfect ending to our action-packed day.

All of the WE Day Illinois speakers and performers inspired me and all of the students around me.  Their strong message of overcoming extreme challenges and disabilities was touching and caused us to think about how to do more acts to make a difference in our communities. I also learned about many inspiring programs such as the “They Say” project, and learned about uplifting stories that will stay with me for life. WE Day was a great experience – one of fun mixed with charity, and a huge day I will never forget. 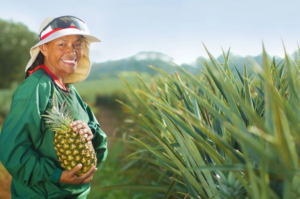 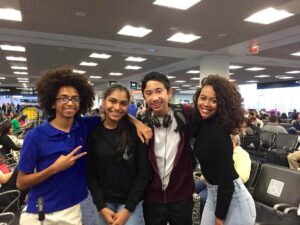 My RYLA Experience of a Lifetime 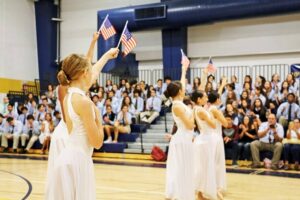 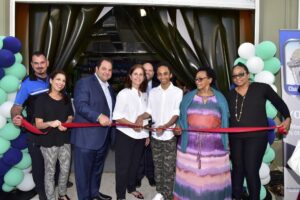